The Shollie is a hybrid dog created by crossing a German Shepherd with a Border Collie. The resultant dog is clever and lively, and they will need much love, time, and devotion to flourish.

If you are thinking about petting a Shollie? Continue reading to learn all you need to know about these unique puppies. We’ll also assist you in determining if you’re ready to pet one.

This crossbreed is full of energy and intelligence, and he knows how to brighten up your family! Here are eleven amazing facts about the mixed breed that will make you fall in love with it. Both German Shepherds and Border Collies have a history of herding sheep.

These dog breeds’ intelligence, trainability, and agility make them stand out. For this reason, German Shepherds have grown popular as military and law enforcement working canines.

When the Shollies initially arose, no one knew what breeders sought to get the new breed.

The result is generally a large, athletic dog who is both protective and intelligent. Because of these features, the Shollie is a perfect family dog. Shollies are known for being big dogs with thin and athletic bodies.

German shepherds are usually from 22 to 26 inches tall. The males are an inch or two taller than females. Border collies are small dogs with a height ranging from 18 to 22 inches.

Despite this, Shollies are usually more than 20 inches tall. They weigh between 70 and 90 pounds on average.

While these enormous dogs are generally friendly, their size may hurt children, the old, and the defenseless unwittingly.

Border collies have a dense undercoat that keeps them warm and a longer, protective outer coat that may be silky or rough. German shepherds own a thick undercoat and a longer topcoat than other breeds.

Shollies may be nearly any color combination of their parents, including brown, black, white, golden, and are always a mix of two or more colors. They have a speckled look that is usually very attractive.

The dense coats of these crossbreed dogs are similar, and their hair is likely to be lengthy. As a result, they are at an increased risk of overheating.

Furthermore, if you do not frequently clean their hair to remove loose strands stuck to their coat, it will quickly get matted. Brushing them regularly keeps them looking their finest.

Brown eyes and a long muzzle will characterize the great majority of Shollies. Shollies may have either pointed German shepherd ears or floppy border collie ears.

Because it takes a few months for Shollie puppies’ ears to stiffen up, you won’t know whether they’ll grow up with floppy or pointed ears immediately away.

Both Border collies and German Shepherds can herd sheep. As a result, they are both energized. Their Shollie children are likely to be energetic and need a lot of physical activity.

Every day, Shollies need at least sixty minutes of exercise. Please bring them to parks for dogs, where they may run freely.

These crossbreed dogs will also like accompanying their owners on outside activities such as walks and treks.

They are graceful and astute and will live on their hiking routes. Bring water with you so that their thick, long coats don’t overheat.

It would assist them in teaching their Shollie how to control their boisterous and energetic temperament. To do so, dog owners must display proper commands like sit, stay, and stop.

When a hybrid dog becomes too rowdy within the house, it might hurt children. To avoid these problems, you must be patient with this mixed puppy until it can follow specific instructions.

This brilliant dog will need mental and physical training to be healthy and happy with its owners. Obedience training helps the dog’s cognitive and social talents grow.

If you have other pets, you must introduce them to the Shollie to avoid the Border Collie German Shepherd’s vicious nature from growing. Positive reinforcement is a great way to keep any dog engaged in training.

The Shollie isn’t like other more rebellious and independent breeds that know your request but won’t do it for you. The Shollie will respond well to directions if it thinks it will be rewarded with treats for a well-done job.

Because of their intellect, the Shollie need a lot of cerebral stimulation. If you do not provide them with activities to occupy their time, they may get bored soon. For this reason, teaching them to finish their tasks is a brilliant idea.

Complicated toys, such as puzzle games, will keep kids occupied while they’re alone. If you leave them alone for an extended period with nothing to occupy their minds, they may develop amusement.

Because of their intelligence, it’s straightforward to train Shollies, making them a fantastic pet for you.

The video below describes some exercises for you to train your little Shollie: This crossbreed does not perform well inside and requires a lot of time to exercise and play with its owners. If this dog does not engage in mental and physical activity, it will become hostile and afraid.

Its daily activity consists of around 60 minutes of outdoor jogging and playing. Here are some fantastic things for dog owners to do with their pets.

The Shollie is a high-energy dog, but owners should be conscious of the situation in which this hybrid dog is playing. If not adequately supervised, over-exhaustion and overheating may result in life-threatening conditions.

Because both the German Shepherd and the Border Collie are superb herding dogs, their pups will have herding and protective qualities.

The ability to adapt to any situation, even cold temperatures, is one of the German Shepherd’s finest qualities.

Because of its intelligence and ease of training, the German Shepherd rapidly became a preferred canine for military, police, and service employment.

The Shollie is also a great family pet since it enjoys being around its owners. This hybrid dog will be an excellent companion for active owners. There aren’t many illnesses or health concerns that may affect a Shollie. But you should figure out the parent breeds’ histories to ensure that the kids don’t inherit any health problems.

You should be aware of the following signs:

The health difficulties of a Border Collie combined with a German Shepherd are most likely due to irresponsible breeders. To prevent dealing with a sick puppy, you must get a healthy puppy from a reputable breeder. The Shollie needs around 3 cups of dry food each day. If the crossbreed dog is more tired from exhausting training, you may give him 4 cups of coffee every day.

Diabetes and bloat are two major health issues that may afflict a German Shepherd mixed with a Border Collie since parents are susceptible to these conditions. You must avoid overfeeding this crossbreed dog to prevent nutritional imbalances.

Because giant dog breeds are prone to hip dysplasia and other joint problems, you must include joint supplements in the dog diet. To prevent this, start feeding them calcium-rich kibble while they’re young.

Dog food must also have a reasonable number of calories to prevent obesity, typical of giant breeds. You should choose a dog food with a big kibble to prevent the dog from eating too rapidly, leading to life-threatening problems like bloat. The following are some of the most often suggested grooming tools for keeping the coat of a Shollie in good condition:

How brilliant is a Border Collie German shepherd mix?

The military and police use the German Shepherd breed for tough jobs for ordinary humans to do. On the other hand, the Shollie may present as one of the brightest and most accessible-to-teach dog breeds.

How smart is a Shollie?

The Shollie is an attractive option if you’re seeking an intelligent, attentive designer breed. These clever dogs will be ready to learn new tricks and talents, including agility and fetch.

This hybrid dog will be an excellent companion for active owners. It may be highly possessive when it comes to its human pack, and it will assist defend your children from outsiders.

You will get a bright, active, loyal, and lovable family companion when you adopt a Shollie.

What are a German shepherd and Border Collie mix called?

The Shollie is a mixed-breed dog cross between a German Shepherd and a Border Collie. These puppies inherited some of their parents’ most significant attributes, including intelligence, energy, and loyalty.

How much does a Border Collie mix cost?

You may pay about $600 higher if you want to pet Shollie and have proper documentation. Prepare a budget of $1,300 to $4,500 for a quality puppy with papers, breeding rights, and outstanding ancestry.

A border collie german shepherd mix is a high-energy, athletic dog that will immediately become a family member. You’ll most likely want to bring them along on all of your weekend escapades.

You don’t need to be a dog specialist to train and raise since they are pretty amicable and trainable.

What you will need, though, is the time and room in your house to accommodate this rowdy new family member. It will be a gratifying experience if you are willing to take on a bit of a challenge. 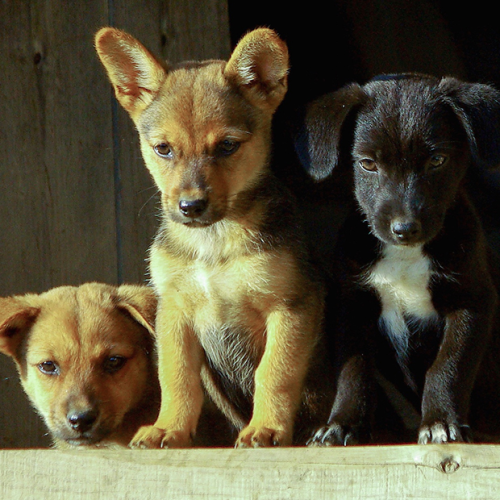